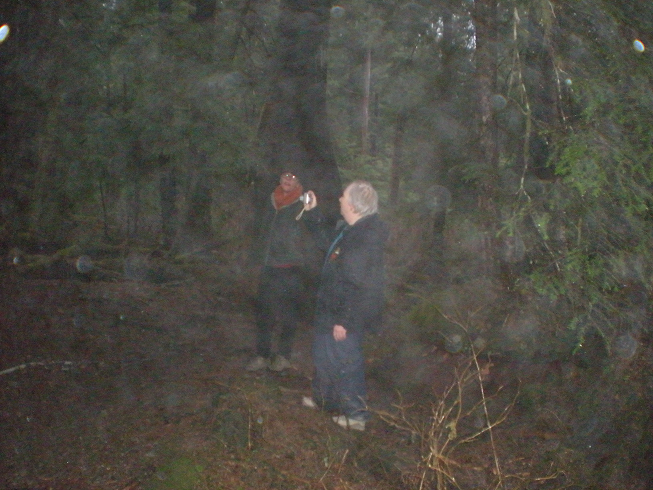 That line between two worlds is becoming blurred in the sense that we Natives live in the global, modern, technological, achievement-oriented 21st century world. On the other hand, we are responsible for defining and determining our cultural identity, traditions, meanings, lifestyles. Part of it is maintaining core parts of our culture, while choosing which parts we continually redefine. For example, our language is something that needs to be kept alive by using it as accurately as it has always been used, whereas some traditions and ceremonies evolve, but others are kept as close to the old way of doing things as possible. While there are many authorities and scholars on Tlingit culture, we are the ones who attribute meaning. We are the ones who create our own context. We create our own identity.

When I was younger, I struggled with my cultural identity. My father was Tlingit and my mother White. Belonging to two ethnicities conflicted me and kept me feeling like an outsider wherever I was. I had to learn to integrate what felt like a schism. The process was long, and the path to where I am today was quite rocky. I am a product of both worlds. As a young artist and writer, this conflict came out pointedly. In SoulCatcher (1986, Ravens Bones Press, Sitka) a themes of built-in inaccuracy, sarcasm, blame and discontentedness runs through that early collection. That was basically my internal state.

As an artist, I wanted to learn how to become a traditional artist, but I was also trying to market my work. Another conflict! Here's one of those early poems:

We do not take the time hunting
for the perfect grained red cedar
to split planks from with wedge and stone maul.
We do not talk to the trees.
We do not hew and adze
and season our boards. No.
They come from Spenard Building Supply
on Katlian Street
at $2.15 per board foot.